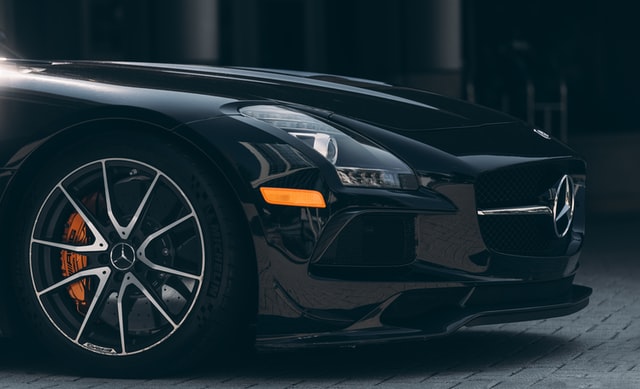 If you think that the Mercedes diesel emissions scandal is done and over with, think again.

Towards the end of 2021, a good six years after the Dieselgate scandal first broke, Mercedes-Benz was thrust into the limelight once again as DUH or Deutsche Umwelthilfe (Environmental Action Germany) accused the manufacturer of installing defeat devices in their diesel vehicles.

DUH found out that Mercedes-Benz’s 2016 E350d BlueTec exhibited an increase of around 500% of nitrogen oxide gases while the sedan was being tested. The regulated and legal NOx level for Euro 6 diesel engine vehicles is set at 80mg/km. The non-profit organization alleged that Mercedes used around eight cheat devices on the specified model.

Although the DUH tested only one Mercedes vehicle model, authorities believe the circumstances would be the same in other Mercedes-Benz models with identical powertrains.

According to DUH’s Executive Director Jürgen Resch, the 500% increase while driving in real-world road conditions is a clear indication that the vehicle is a pollutant. It emits excessive levels of nitrogen oxide, which is harmful to the environment and to human health.

Authorities believe the German carmaker prioritized profit over the health and safety of the environment and the city’s residents.

DUH called the attention of Daimler, Mercedes’ parent company, and took the manufacturer to court earlier in the year. The carmaker promised to take a different direction and apply some changes, but DUH authorities say they haven’t seen this happen yet. Mercedes vehicles with defeat devices continue to fill roads with polluted air. This is why their vehicles have to be recalled.

When asked about the DUH’s allegations, Mercedes UK said the calibrations in focus are all known and should not be considered illegal defeat devices as they are part of a complicated emission control system. They’re confident that the courts will rule in their favor as past rulings have been positive for Daimler.

Nevertheless, authorities continue to hound Daimler and Mercedes for their participation in the diesel emissions scandal.

Of the eight defeat devices that DUH discovered, six were for the E350d’s SCR system, which reduces the AdBlue cleaning fluid. The remaining two impacted the vehicle’s recirculation system. (AdBlue is a liquid mixture that helps bring down diesel engines’ NOx emission levels.)

What Defeat Devices Do

Why are authorities seriously going after car manufacturers using defeat devices for their vehicles? The answer is simple – the devices are cheat software programmed to detect when a vehicle is in testing so they can reduce emission levels artificially to within the World Health Organization (WHO) limits.

When the vehicle is driven in real-world road conditions, though, the emissions exceed safe and legal limits. Thus, any vehicle with a defeat device is a pollutant.

Nitrogen oxide, the gas that diesel vehicles emit, has nitric oxide (NO) and nitrogen dioxide (NO2) as the main components. As mentioned earlier, NOx has negative impacts on the environment and human health.

If a person is regularly exposed to nitrogen oxide, they can develop several health issues:

If a person is regularly exposed to excessive amounts of NOx, the health impacts can be serious:

Air pollution is considered a major environmental health risk and has been identified as a leading cause of premature deaths worldwide. In the UK, nine-year-old Ella Kissi-Debrah died in 2013 and after an inquest by the coroner, became the first person to have air pollution listed as the primary cause of her death. She had been in and out of the hospital for months for seizures and asthma. Ella and her mum Rosamund lived near South Circular Road in Lewisham, London, which is a highly polluted area.

What is an Emissions Claim and Why You Should File One

Emissions claims are legal actions taken against car manufacturers to hold them responsible for using cheat devices, polluting the environment, and deceiving their customers.

Mercedes and the other car manufacturers involved in the Dieselgate scandal did two things that should push car owners like you to file an emission claim:

An emission claim will give you the compensation you deserve for all the inconvenience and financial burden that your manufacturer caused you.

If you want an easier way to start your Mercedes emissions claim, you’ll have to work with a panel of emissions solicitors who are well-trained, highly experienced, and regulated. Choose one that has won several claims, such as the panel of solicitors at Emissions.co.uk. They’re committed to helping car owners as you get back what they lost to profit-hungry vehicle manufacturers.

Visit their website to see if you are eligible to claim.