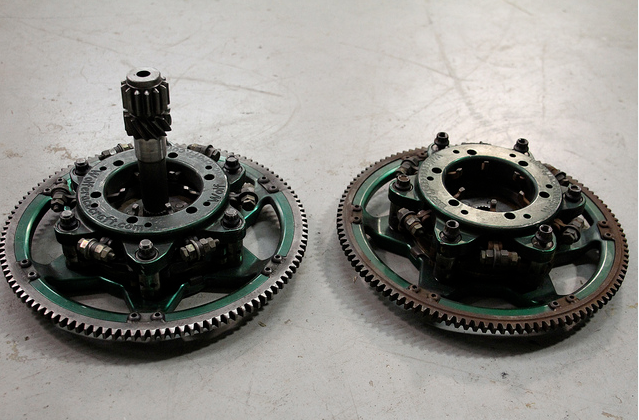 What do you do when you abruptly encounter a sharp corner while riding? You would probably apply the brakes and lower down the gear. But what if you just have a limited amount of time and want to switch multiple gears at once? You will still switch them at the risk of breaking the gearbox and jeopardizing your life as a result of engine braking force. Let me introduce you to Slipper Clutch which will reduce the risk of riding.

Slipper Clutch (also known as back-torque limiter clutch) was introduced as a mechanism to address these problems.

Slipper Clutch aids in this situation by causing the clutch to partly slip before the engine speed matches your own. The engine braking force is transferred to the rear wheel via chain drive in standard clutches, causing the rear wheel to shake, hop, or lose traction.

The key idea behind a slipper clutch is to control the rear wheel during heavy braking and downshifting, which allows the rear wheel to lose traction. It’s especially useful on larger displacement motorcycles, where the engine braking force is enormous and could cause the motorcycle to lose balance, resulting in a high-speed crash.

What Are The Advantages Of A Slipper Clutch?

The advantages of a slipper clutch are as follows:

What Are The Purposes Of A Slipper Clutch?

It is mostly used for race-track motorcycles to help them achieve quicker lap speeds. Without losing grip, the rider can effectively coordinate speed and braking. However, because of the rider’s comfort at high speeds, the slipper clutch is still commonly used by many manufactures.

The slipper clutch has several advantages, one of which is riding defense. Without a question, everybody on two wheels will prioritize their protection. Slipper clutches are difficult to make and have a heavy price tag. However, whether you can go for them or not is largely dependent on your skill. They will, however, undoubtedly increase your defense.

What Is The Role Of A Slipper Clutch?

When the engine tries to turn the rear wheel in normal operation, the flat engagement dogs press against each other, and the clutch pushes the motorcycle along as if it were a normal clutch operation.

Torque pushes the ramps together during rapid deceleration or rough breaking. The ramps slide upon each other to absorb engine braking energy.

The hub is lifted from the base in the direction of the pressure plate by this motion. It slips until all of the braking force has been removed, then acts like a regular clutch. The engine stopping force is absorbed, and the clutch is partly disengaged from the engine.

When it debuted in 2018, the Apache RTR 200 4V Race Edition 2.0 was the first TVS motorcycle to sport a slipper clutch.It is also the most economical of the bunch, with a price tag of Rs 1.1 lakh. It is, in short, the cheapest motorcycle in India with a slipper clutch. According to the business, the slipper clutch on their motorcycle reduces clutch effort by 22%. The motorcycle is powered by a 197.75cc single-cylinder engine with a 5-speed gearbox that produces 20.5PS (carb) and 21PS (FI) of power at 8500rpm and 18.1Nm of torque at 7000rpm.

The Dominar 400, Bajaj’s flagship product, never really took off in terms of revenue. It did, however, strike a chord with people because of its excellent value for money. Dual-channel ABS, a front USD fork, and a digital instrument cluster are among the features. The 373.3cc liquid-cooled engine, developed by KTM, produces 40PS and 35Nm of torque. The 2019 Dominar 400 has a slipper clutch, much as the previous model, and the lever-action is noticeably lighter than the previous model.

The R15 has long been the go-to motorcycle for those looking for a professionally faired specification motorcycle at a reasonable price. It checks all the boxes for a cycling enthusiast: it looks amazing and works admirably on the circuit as well as in urban settings. Yamaha has fitted it with an assist and slipper clutch for effortless gearshifts to deal with its dual existence.

A slipper clutch’s main purpose is to control the rear wheel during hard braking and downshifting, preventing the rear wheel from losing traction. It’s especially useful on larger displacement motorcycles, where the engine braking force is enormous and could cause the motorcycle to lose balance and crash at high speeds.