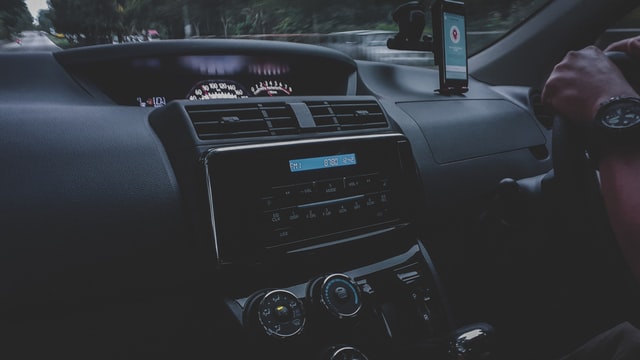 Our Top Three Picks to Elevate Your Listening Experience

When it comes to the most sought-after customizations and upgrades you can make for your vehicle, in-dash car stereos easily rank at the top of the list. “Why?” you may ask. Because factory-made stereos usually don’t cut it when it comes to sound quality and features, especially with older model vehicles. You are either using a ton of adapters in order to connect your phone to your stereo, or you can’t quite get to full power when it comes to volume. If you’re still fumbling with buttons and clunky adapters, then it is high time that you looked into a stereo upgrade.

Fortunately, there are several options when it comes to upgrading your in-dash car stereo. No matter what year, make, model of car that you drive, there are plenty of aftermarket options. It’s simply a matter of identifying which features that you need along with the sound capability that you require for your music. Consider the three following options for your stereo upgrade.

The Boss BE7ACP is one of the best receivers on the market that you can get for under $300, and it’s worth every penny. It features plenty of media sources to choose from including a microSD card input, two USB ports, and an AM/FM radio tuner. The 7” crystal clear touchscreen display is perfect for built-in Apple CarPlay and Android Auto, which allows you to see all of your music and navigation apps right up on the screen. Bluetooth capability allows you to wirelessly pair up your phone with the receiver, making it easy for streaming your favorite music service and talking hands-free calls.

·Two dedicated video inputs for backup cam and dash cam. The video will appear on the 7” touchscreen to assist you with parking using guiding lines.

·Six preamp outputs are perfect for connecting speakers and subs to your in-dash system.

·10-band EQ allows you to finely tune the audio to your exact tastes and listening preferences.

·Voice control features allow you to issue commands verbally so that you can keep your hands on the wheel.

The Sony XAV-AX150 is yet another multimedia receiver that is both rich in features and clocks in under the $300 mark. As you’re probably already aware, Sony is a major player in the audio game, and this receiver is another reason why we keep going back to them for aftermarket upgrades. All your menus and video graphics are perfectly contained within the receiver’s highly responsive 6.95” touchscreen. It is also Apple CarPlay and Android Auto-capable, so that you can seamlessly pair your Apple or Android phone with the receiver. It features voice control so that you can issue commands instead of having to scroll through a bunch of menus, adding to overall convenience. Bluetooth capability is built right in, allowing you to take hands-free calls and connect numerous devices; streaming from your Pandora or Spotify playlist has never been easier.

·Plays a variety of music files including MP3, FLAC, WMA, and AAC.

·10-band EQ allows you to customize the sound to your specifications.

·Extra bass for capturing all the low-end frequencies of your tracks.

·Inputs include: rear USB port and a rear-view camera input.

The Jensen CAR100 clocks in at around $400 retail, which is a bit pricier than our prior two listings, but you’ll know where that money is going as soon as you see it. The Jensen CAR1000 doesn’t skimp on the screen real estate, offering users 10.1” of beautifully rendered graphics that are pure eye candy for drivers and passengers alike. If you’re one of those people that wishes you could mount an iPad or other tablet device in your car, the Jensen CAR1000 is the receiver for you. In addition to the huge screen, you’re going to get all the major bells and whistles that we mentioned with the Sony and Boss receivers. That includes Apple and Android-capability, Bluetooth, two USB ports, and more.

Car stereo installation is easy to get done once you’ve selected your receiver of choice. Obviously, there’s going to be a lot of selection when it comes to car audio beyond what we’ve listed here, but now you know the features that are out there when it comes to aftermarket upgrades. Modern in-dash stereos and receivers not only improve the listening experience but also makes driving safer with hands-free options and voice control. Car stereo installation in San Diego is available with extremely quick turnaround times. Reach out to your local aftermarket car stereo installation specialists to get an estimate on your new car stereo today.